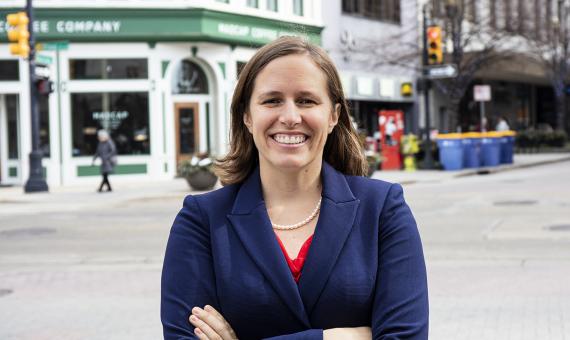 Christina Keller is CEO of Cascade Engineering Family of Companies and President of Noble Polymers. Cascade Engineering is based in Grand Rapids, Michigan, and is a global manufacturing company with a diversity of strategic markets, including transportation, environmental services, material handling, and polymer compounding. Noble Polymers is a custom compounder of plastic pellets and a valued partner within the circular economy. Core operations are in West Michigan, with additional operations in Budapest, Hungary. The Institute of Scrap Recycling named Cascade Engineering as its 2021 Design for Recycling Award Winner for the EcoCart, which contains up to 50 percent recycled content.

Keller joined Cascade Engineering in 2009, and during that time has also served as President of the Cascade Business Team and President of CK Technologies, which is a former business unit of Cascade, which specialized in thermoplastic solutions for the North American commercial truck market.

In 2016, Keller was recognized as a rising star by Plastics News Magazine, and in 2017 was ranked as one of West Michigan’s 40 under 40. She received the Equity Champion Award in 2022 for her effort in bringing greater health equity to all Grand Rapid’s residents, and has delivered multiple TEDx talks on entrepreneurship and sustainable business.

Keller holds an MBA from Cornell University, with a BA from Boston College. She also has a certification in economics from American University and a certificate of achievement as a Lean Six Sigma Black belt from Villanova University.

Community involvement is a mainstay of Keller’s leadership. She is the Chair of the Diversity and Talent Summit for the Grand Rapids Chamber, serves on the board of the Grand Rapids Economics Club, served as the chair and on the board of the GR Community Foundation, is a board member of Independent Bank, a member of Talent 2025, and is an annual guest lecturer with the University of Michigan Ross School of Business. Keller lives in West Michigan with her husband and two children.