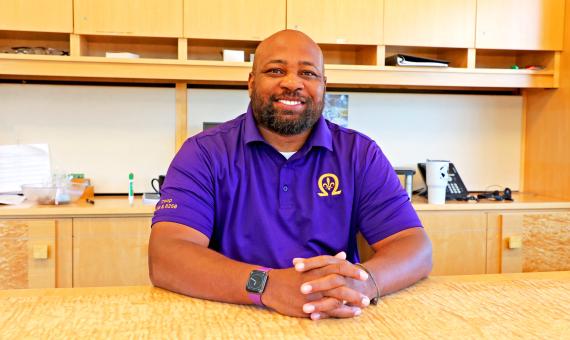 Insightful, dedicated, and genuinely caring, Kenyatta Brame embodies the principles and values Cascade Engineering was built on. Kenyatta joined Cascade Engineering in 2006 and has been crucial in leading several of our Employer of Choice initiatives, including B Corp certification and a Full Partner designation from the Partners for a Racism-Free Community.

Prior to joining Cascade, Kenyatta served as Senior Vice President of Operations and Merchandising, Employee Relations & Legal Services at Sysco Food Services the largest distributor of food service products in North America. He also served as legal counsel for the Company.

Earlier in his career, Brame was an attorney with Miller Johnson, a leading Grand Rapids, Michigan employment and labor law firm. He has also served as an adjunct professor at Western Michigan University and Thomas M. Cooley law school where he taught employment law.

Kenyatta’s extensive community affiliations include co-founding the Tipping Point Initiative, a non-profit focusing on reducing barriers for education and employment for inner-city youth and other disenfranchised people. Kenyatta is the Scoutmaster for Troops 238 and Pack 3206 located in the inner-city of Grand Rapids. In 2017, he was elected to the Board of Trustees for Grand Rapids Community. He also serves on the Boards for West Michigan Works; Spectrum Healthier Communities; Grand Rapids Jury Commission; Civil Service Board of the City; and, Alternative Directions (a probation residence service that offers an alternative direction to non-violent felony offenders).

He resides in Grand Rapids, Michigan with his wife Tracey – Assistant Dean at the Western Michigan, Thomas M. Cooley Law School and their two children Kamau and Kimani.